Thanks to Mike Poole and the team at Willerby Methodist Church for hosting our session in the WMC Hall. Mandi and I set the scene by talking about the Huguenot refugees and the themes around the project. We played a couple of acoustic songs to get the ball rolling, Kings & Weavers and My Ancestors were French.

Next up we showed our film – Stranger in a Strange Land, and all discussed what it may be like to have to escape persecution, taking no possessions. What would we take with us to help us make a new life?

Mandi demonstrated a chinqupin, haiku and three word poem and the whole group set to work, over tea and biscuits.

In a circle towards the end of the session we heard everyone’s fabulous work.

Quentin filmed the workshop, and Rich took the photos.

Here we are, all listening to John read his poem – a haiku – the first he had ever written. You can see all the work produced, below.

Click on an image to enlarge and scroll through… 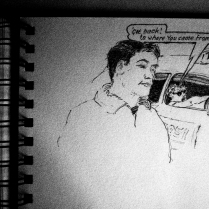 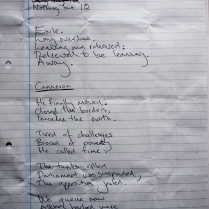 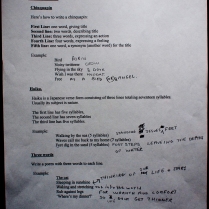 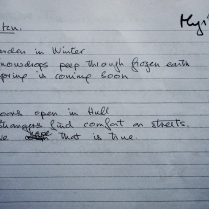 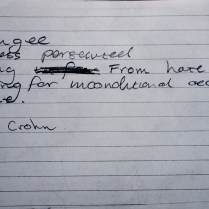 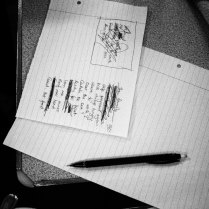