Richard and Quentin were on BBC Radio Humberside on Saturday morning, talking to Carl Wheatley about My Ancestors were French. They sounded great. Thanks to Steve Redgrave for inviting us on to the show, and thanks to Carl for playing one of our songs – The Same Sky.

Here’s Quentin in the BBC studio.

Thanks to BBC Radio Humberside for inviting us to talk about My Ancestors were French on the radio.

Louise and Amanda had fun on David Burns show last Thursday. We played a couple of live songs and chatted to Burnsy about the project and celebratory event. Here is Amanda tuning up before the broadcast. 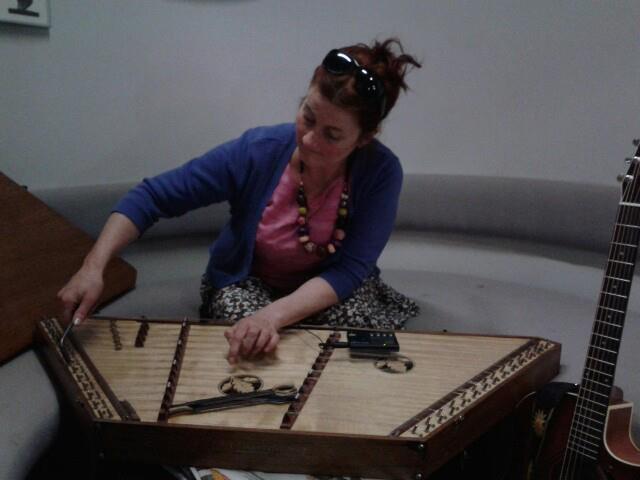 Our project film ‘Stranger in a Strange Land’, shot by film maker Quentin Budworth, was featured in this lovely big colourful two page article in the Hull Daily Mail yesterday. 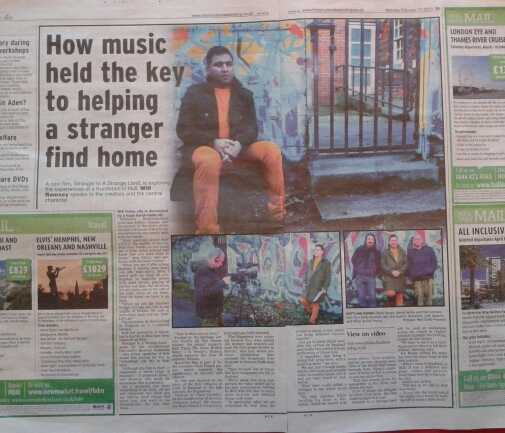 Thank you to journalist Will Ramsey.

Quentin and Rich were guests on BBC Radio Humberside’s Breakfast Show last Saturday and talked to presenter Carl Wheatley about the film. Thanks to Carl and producer Steve Redgrave.

Thanks to Lucy Lyon who featured the film on the Hull Daily Mail website last week. You can read the article here.

“This is fantastic and a great piece of sociological reporting as well as art. Hull is, at long last, a diverse city and will become more so in the future. I’m excited and proud to see our city celebrating this and giving residents an insight into how life is for people when they arrive in this city. The global movement of people is a fact and is of benefit to all of us living in this world, be this out of choice or to flee persecution. The ignorant racist comments written here, as well as those I see so often written in response to other articles, just show the authors to be uneducated bigots. I suspect these people are happy to be called uneducated bigots, but I feel that someone should at least point it out.”