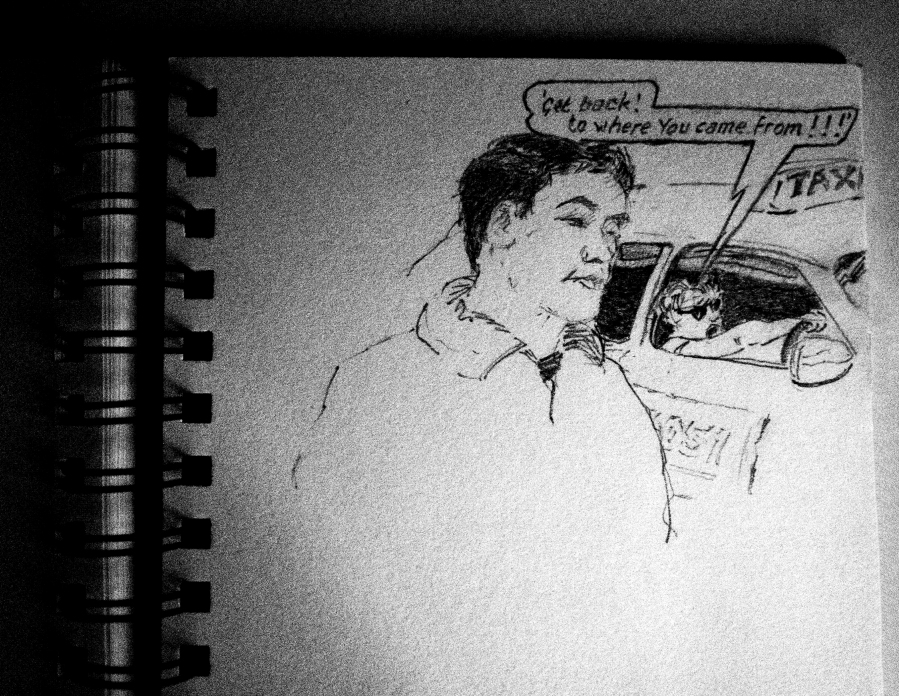 ‘Stranger in a Strange Land’ is the short film of Dilzar’s story made especially for the “My Ancestors were French” project. Award winning filmmaker, Quentin Budworth shot the film of Dilzar talking about his experiences of what it feels like to be a refugee in a strange land, and how music can bring people of different cultures together, overcoming adversity and creating something good and new.

The six minute long film illuminates the evocative story that Richard Duffy-Howard and Dilzar worked on together to complement Richard Lees’ Rock against Racism poster exhibition at Wilberforce House Museum in Hull (for Wilberforce 2007).

Watch the film and see how it makes you feel…

You can choose to watch the film with captions by clicking on the Youtube Captions button.

Quotes used in the film were collected and translated by Dilzar Shanga and Richard Duffy-Howard. You can read them below:

 “When I came to England, to Hull, it was a different language, culture and basically everything was like a big lock. And it was locked. The key to my life in Hull was music. If you take the music out of the world there would be nothing left to make a difference.”

 “I had invited a couple of my friends from Bradford we were walking to town and they were saying we’ve heard Hull’s really bad and I was saying no not really, I’ve got some really good friends and it’s a really nice place to live, I’ve been to other cities but I think Hull is beautiful. Whilst I was talking a taxi passed us and the taxi driver leaned out of the window and started shouting ‘go back to your own country’, you know really shouting, really angry and my friend was saying well it must be really hard to live in Hull. I said ok there are some idiots but I have some really good friends here, don’t believe all the rumours. With that, the taxi got to the end of Spring Bank and turned around, he drove back just so he could hurl abuse at us for a second time. I was really mad; I was just telling my friends how beautiful Hull was.”

 “Once I went to one of the supermarkets in a shopping centre. I went to pay, I paid and I said thank you and the woman at the checkout smiled and said thank you too. The way she said it and looked at me she really meant it. This was the first time someone here had said thank you to me. I can’t explain how it made me feel but it made the rest of my day wonderful.”

 “My friend, he’s Kurdish too, he can go to night clubs in town, pubs, anywhere, he has a great time and comes home feeling good. Nobody tells him to ‘go back to your own country’, but he doesn’t look like me. His skin is whiter and he’s got blue eyes.”

 “In my city, Howlare in Kurdistan, it is very flat just like Hull. Many years ago people built a hill in the middle of the city with their hands, so you could see it from miles around and know that you were close to home. When you see it after a long journey, it warms your heart and lifts your spirit. Here I travel with my band all over England to beautiful places with good people, playing at parties and gigs, but we know it’s not home and at the end of the night when we are really tired we know we have to go back. When we see the Humber Bridge, it’s like the hill in the middle of Howlare. We look at each other, smile and say ‘Yeah! Let’s go!’ “

 “My home in Kurdistan I shared with seven sisters, three brothers, my mum and my dad. There is a beautiful garden. We have two different orange trees, olive, pomegranate and a grapefruit tree which isn’t really grapefruit, it’s much more special. There are two grapevines in the garage, one black and one white. The roof of our house is flat; you can go to sleep up there watching the stars. And the stars are like nothing else. Everything is so clear you can navigate by them; you always know where you are. It is like being on a different planet. It is so beautiful. But I had to leave. I had no choice. I was seventeen. I have been looking for the stars since I’ve been in England but I can’t see them.”

 “Even though I have seen many horrors in my life, I still think I am lucky because I have brought good things from Kurdistan and I can see the good things in England.” 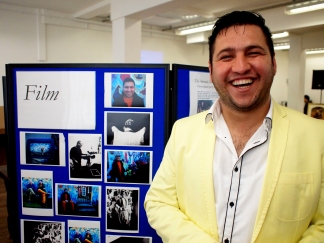 “What an incredibly powerful film. I hope you have many opportunities to share it. I will remember to smile!” CS

“I am so grateful for you forwarding the information regarding the video. I have just watched it and feel extremely moved.
Thank you again for your generosity and hope that such moving pieces touch the hearts of many.”

“I am so very touched by your film. It moves me to tears and to very broad smiles. It is so generous.
Thank you.
My very best wishes, GB”

“If people can clear their minds and watch this film and listen they may rethink and see the real picture for people who are sometimes just looking to be accepted, no matter where you are from. We all carry hidden sadness.” Ron Wilkie

“Wow, what a beautiful film! It made me feel very emotional.” AW

“This is fantastic and a great piece of sociological reporting as well as art. Hull is, at long last, a diverse city and will become more so in the future. I’m excited and proud to see our city celebrating this and giving residents an insight into how life is for people when they arrive in this city. The global movement of people is a fact and is of benefit to all of us living in this world, be this out of choice or to flee persecution. The ignorant racist comments written here, as well as those I see so often written in response to other articles, just show the authors to be uneducated bigots. I suspect these people are happy to be called uneducated bigots, but I feel that someone should at least point it out.” Red Fraggle73 Hull Daily Mail 5th February 2013

“If people can clear their minds and watch this film and listen they may rethink and see the real picture for people who are sometimes just looking to be accepted, no matter where you are from. We all carry hidden sadness.” Ron Wilke

“What a beautiful film! It made me feel very emotional.” Abby Wright

Rich documented the days filming with a series of images in the gallery below. Click on in image to enlarge, and scroll through… 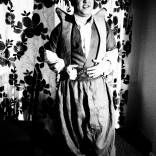 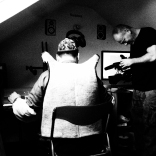 Dilzar creating a soundtrack for the film 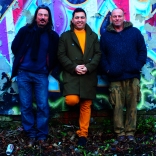 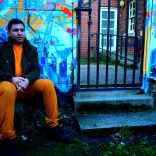 Stranger in a Strange Land was shown at a series of My Ancestors were French workshops and at the celebratory event in May.

Various stages of the project were filmed, have a look round the website to find more. 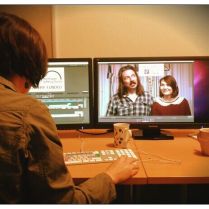